New Limit Switch FGR2-Ex, certified ATEX and IECEx, in aluminum and antistatic plastic case, suitable for use in Zone 2 (Gas) and Zone 21 (Dust). The device works through a gear transmission, drives a cam system operates on 4 or 6 microswitches that after a certain number of revolutions predispose the engine or equipment at startup or at the stop. Each cam is provided with an adjusting screw to adjust “micrometer” that operates independently, and thus can calibrate the ‘opening and closing of each microswitch according the necessary functional requirements. The gear drive system allows to choose different ratios and can be provided even in twin rear shaft version.

CLASSIFICATION AREA “Gas & Dust”:
Zona 2: place in which an explosive atmosphere consisting of a mixture with air of flammable substances in the form of gas, vapor or mist is not likely to occur in normal operation but, if it does occur, will persist for a short period only.
Zone 21: area in which an explosive atmosphere in the form of a cloud of combustible dust in air is likely to occur occasionally in normal operation.

TYPE OF PROTECTION GAS
Restricted breathing case (Ex “dc ec”).
MARKING
II 3G Ex dc ec IIB T5 Gc in accordance with
IEC 60079-0; 60079-15.
PRINCIPLE
Limited in power dissipation (ΔT limited), so the depression which is created when de-energized, is such as to delay the entry of explosive atmosphere for a time limit specified by the standard.

APPLICATIONS
Aimed at controlling the revolutions of the rotating parts of industrial and construction machinery such as drum winding ropes, machines, gates, cranes etc…
The type of enclosure designed and adopted internal components, conform this equipment for use in areas with potential explosive atmosphere for both gas and dust according to ATEX Directive 2014/34/EU. 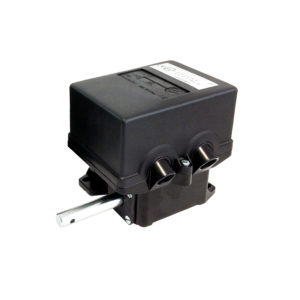 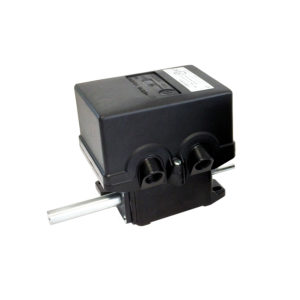